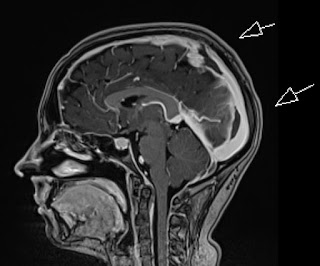 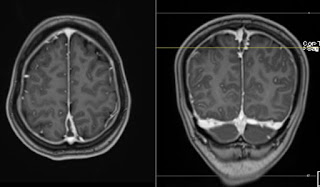 Contrast enhanced T1 sequences showing large thrombi in the posterior parts of the superior sagittal sinus (SSS). However note that this young female patient in postpartum period is also presenting with classical signs of Intracranial Hypotension. There is general dura enhancement, swelling of hypophysis and slight sagging of the cerebellum. 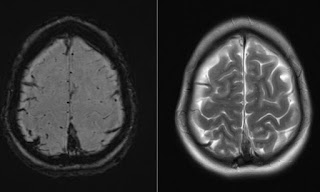 Transversal SWI and T2 show thrombus in SSS and swelling of the cortical veins. 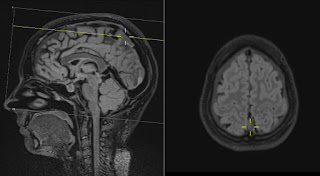 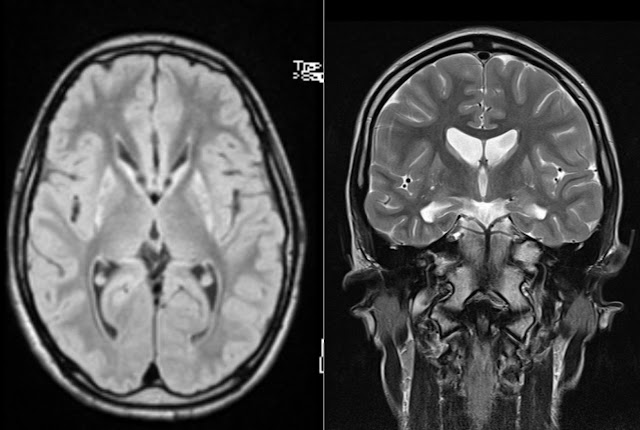