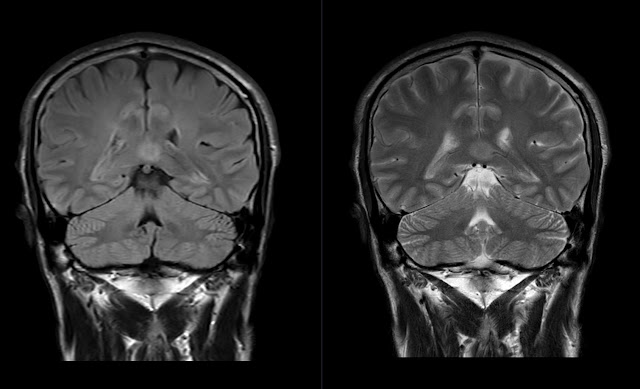 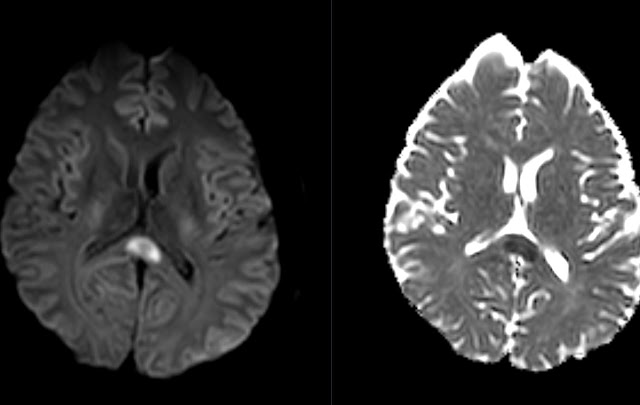 Diffusion weighted imaging shows restricted diffusion with high signal on DWI and low on ADC corresponding with cytotoxic edema. However location is not specific for infarction. Given the history of treatment together with appearance of the lesion the Cytotoxic Lesions Of the Corpus Callosum (CLOCCs) was presumed to be the most likely diagnosis. CLOCCs do no enhance. Medication was stopped and follow up scan was scheduled.

Control scan 1 month later was performed without and with contrast and as expected no contrast enhancement was seen. The lesion has decreased in size. Patient symptoms have resolved. 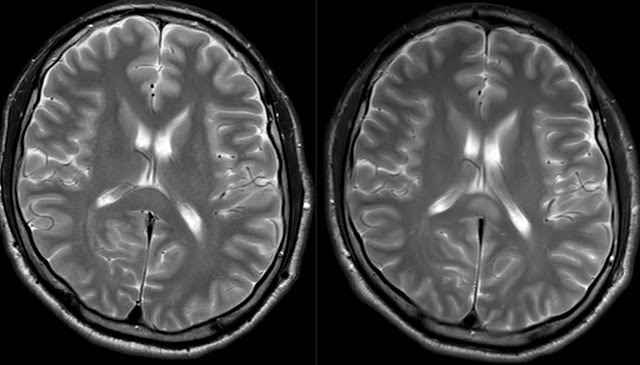 Reduction of edema in the lesion is well seen on T2 sequence.

As a side note: the control scan was performed on 1.5T vs 3.0T MRI scanner for initial exam - that does not influence the depiction - only gives slightly different appearance of the brain structures. 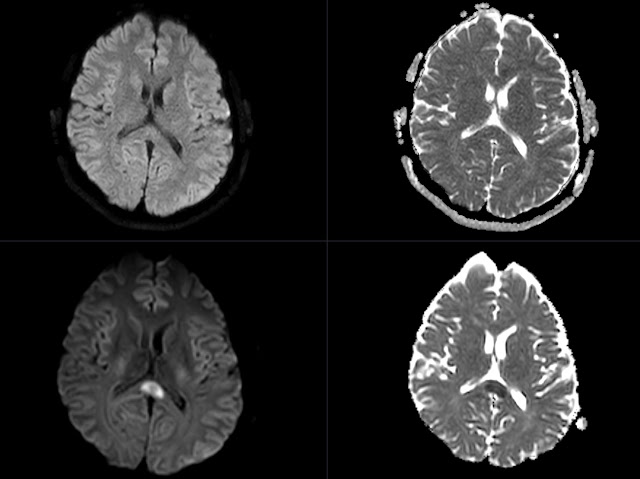 No diffusion restriction was noted on the control scan - compared with initial MRI. 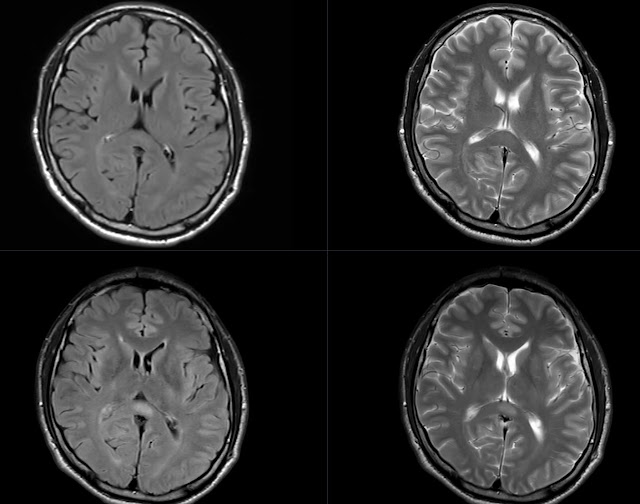 CLOCCS present with cytotoxic edema in the splenium of corpus callosum. It can be caused by metabolic disturbance (electrolyte imbalance, etc.), infections, but also by drugs and toxins: chemotherapy, antidepressants, antiepileptics, etc. 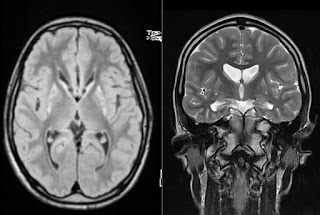 
Note striking symmetric atrophy of the putamina and caudate nuclei on T2 and IR.